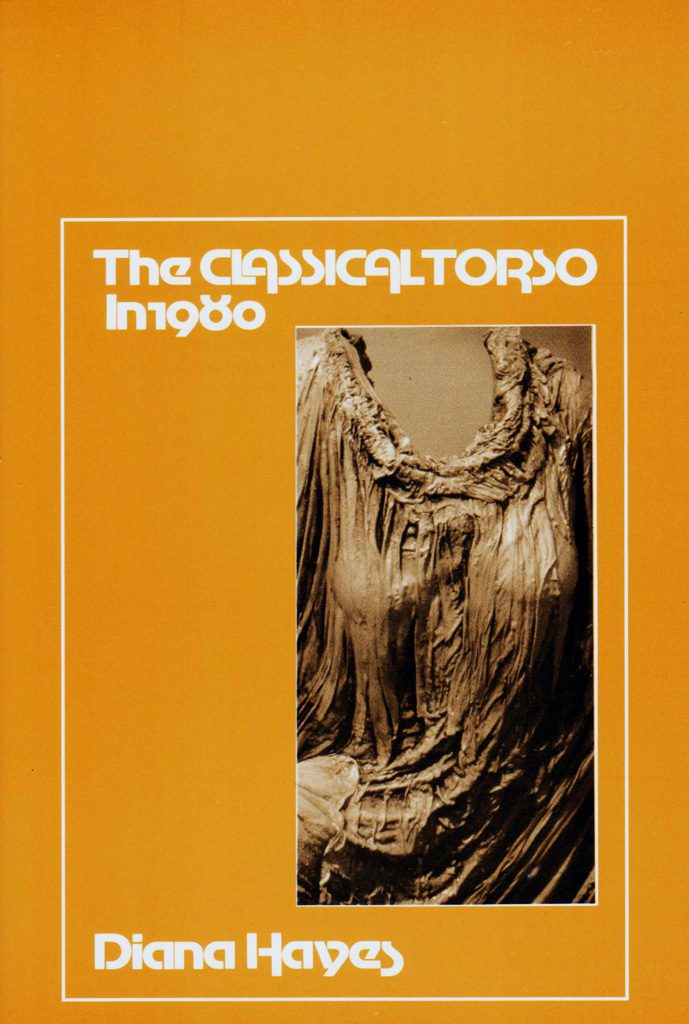 The Classical Torso in 1980

Many of the poems appearing in “The Classical Torso in 1980” formed the graduate studies thesis for an M.F.A. in Creative Writing at the University of British Columbia. The book’s title is taken from a visual art exhibit by Canadian sculptor, Susan Beniston, presented at the Burnaby Art Gallery in winter 1980.

“…So it is only with herself alone
That she speaks. And as a cup fills itself in the stream
It seems to her, that the language breaks.”

on The Classical Torso in 1980

“In her poetry of moons and tides, of shadows and lights, Diana Hayes walks softly in order to hear `the small sighing of the figures/when they discover a perfect quiescence…’ In these delicate and meditative poems the reader encounters not only the appalling significance of `The Classical Torso in l980′ but also the promise of a garden where there is bread.
“`It is the moon’s work that brings us here,’ she says, and here is not only her island home with its water music, but also a psychic space – no paradise – where, to quote her again, `I fix my mind on repair.’ These poems, then, are about salvaging and salvation and are themselves a part of that process.”
– PHYLLIS WEBB

“Lucid, deft, disciplined, and deeply moving, these poems have a vivid strength that is truly astonishing. Diana Hayes, in the eight years since her last collection, has perfected her voice, and, like all poets who do not merely report and comment, but who seek and find, she tells us `what we know ourselves, listening/to the still voices at day’s rest.’
“This is a wonderful book.”
– ROBIN SKELTON

“These are extremely skillful meditative poems emerging from the movement of thought between the serenities of the writer’s coastal environment and her haunted psychic landscape. It is a book that offers itself for repeated reading and deeper understanding.”
– GEORGE WOODCOCK, B.C.Bookworld