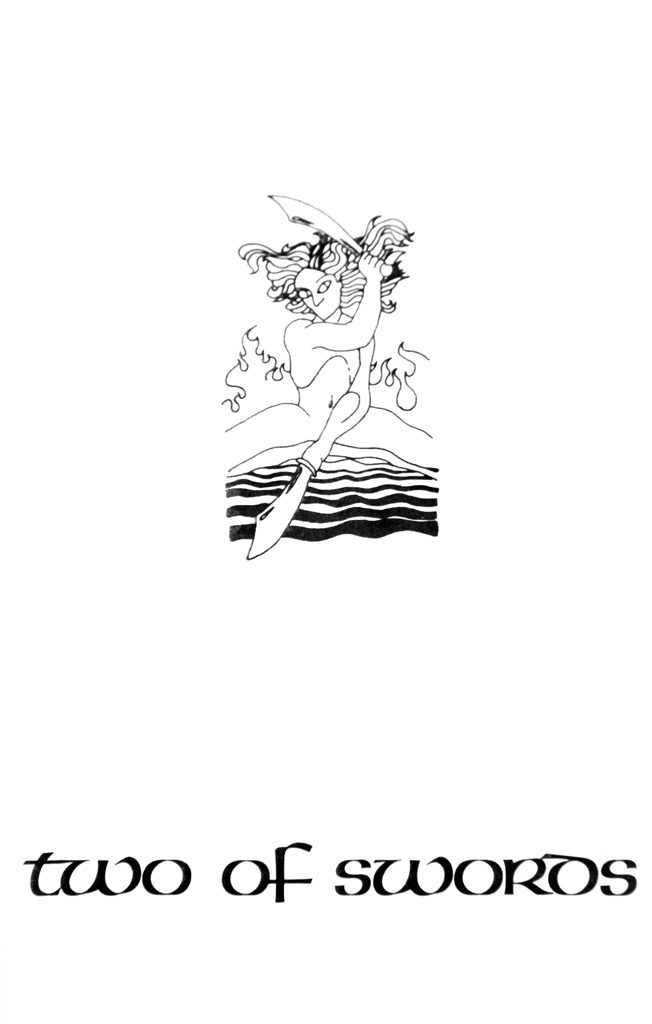 “Equilibrium, the interplay of opposing forces of the universe which results in life. Trust and beauty arise from strife and dissent.” The Tarrot – Alfred Douglas

Dedicated to Jeni Couzyn and John Montague, Writers In Residence at the University of Victoria, 1975 & 1976

from the introduction by Diana Hayes & Garry McKevitt:

“We are a group of students who have worked together in a poetry workshop for the academic year 1975-1976. This collection of poems represents a range of our work during this time. It includes poems about music, fear, sex, rivers, loneliness – nine faces of nine people, or perhaps nine faces of one people. The physical action of making a book of poems has extended our knowledge of the craft we are pursuing, and we hope, in sharing this book with you, to further enrich our progress towards the elusive muse.”