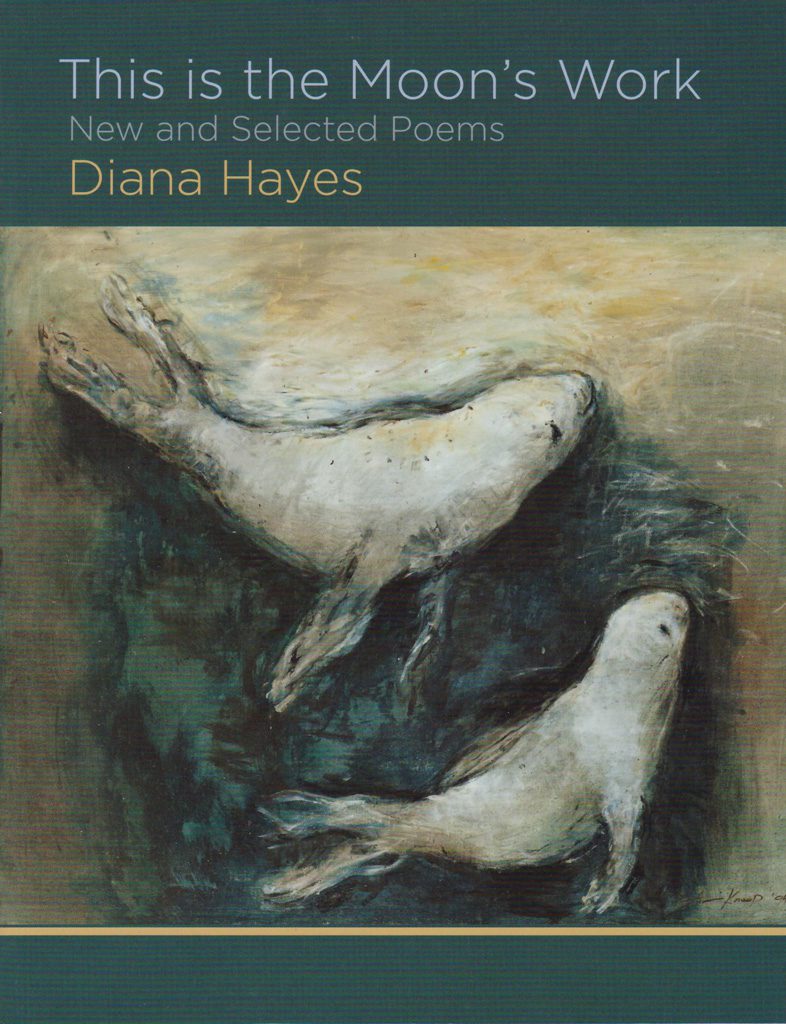 This Is The Moon’s Work

This Is The Moon’s Work showcases Diana Hayes’ new work and a selection of poetry from early out-of-print books.

“A new and selected volume is not a cross road in a poet’s verse, but a straight stretch, where one can look back at where the poet has been and ahead to where she is going. Except, Diana Hayes is on a sea road and water fills in the tracks of her poetry behind and ahead and finds points of high definition on islands, submerging and surfacing with the fish and water mammals, lifting into the air on the wings of sea and land birds, following the stony pediments of the rivers and crossing the connective strait between the Mainland, Gulf and Vancouver Islands. Since Diana Hayes, an all season sea-swimmer, draws her sensuality from the tide’s whole body embrace and rhythms, the script that traces her perceptions and aspirations, the highs and lows of her life through poetry, takes its natural title This is the Moon’s Work from the greatest influence on their ebb and flow.

Here, in This is the Moon’s Work, there is a final invitation to know change and simplicity/under the swift immaculate sea (“What the Black Box Says”). I have taken up the invitation from the beginning of the book and found my own words could not do justice to the swift immaculate quality of the verse. I simply quiver at the resonances in the language and quote. There is an epic quality to the call which drew me, like Ishmael, to this sea, its ships and its creatures.”

on This Is The Moon’s Work

Not only does Diana Hayes take her siren’s place beside West Coast and Island writers such as Susan Musgrave, but her poetry rightfully owns these northern islands and ocean with their passages and perplexities as much as the great Derek Walcott owns the Caribbean’s.
– GEORGE MCWHIRTER

Hayes knows well what she commands: her imagination and her body force her to traverse every experience, to create her own map, to wrestle with adventure, and to tempt danger. Like Adrienne Rich, she is ready to dive into the wreck. For those of us who live here, surrounded by seductive waves, waters, and wails of birds and seals, we can only be brave enough to do the same.
– ELIANE LESLAU SILVERMAN – Professor Emeritus of Women’s Studies, University of Calgary

… as I pressed down against the years
of blindness pretending colour, melancholy emerging
as coral beads that fell at my feet as I walked deeper,
determined not to listen to the charms of the mountain.”