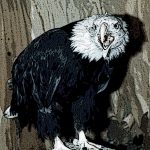 In 1977 while attending UVic, I made a visit to “Featherland” on Burnside Road with a friend who was conducting research on Raven mythology. It was an experience I will never forget. 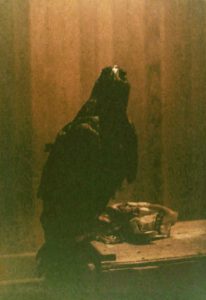 Cecil and Adele Hyndman had been featured in a CBC documentary about “the rustic research farm” known as Featherland. They kept all manner of birds that had been injured in the wild, including a number of Bald Eagles and one famous Golden Eagle named Susan. Cecil’s book “The Grasp” was self-published in 1968 and tells the story of the couple’s unusual devotion to birds, and in particular their relationship with Susan. During my visit to the Hyndman’s home, I sat in their living room for some time before realizing that Susan’s quarters were immediately behind my chair! There were slats instead of a door and I became acutely aware of her piercing eyes.

“…extreme intimacy with the feathered has been Cecil Hyndman’s life – a vast departure from that of his jurist father. As for Adele, daughter of a former Deputy Minister of Nation Defence, it is safe to say that she has spent more thousands of hours in the immediately presence and vocal company of great eagles, both Golden and Bald, than any other human.”

As well as Eagles, Cecil studied Ravens and made many recordings of their talent for language. One of his other many eccentricities was to devise a way of creating photo signatures by transferring negative images to miniature linocuts. The portraits he took of me in his aviary living room were intended for this invention although I never saw the final signature piece. 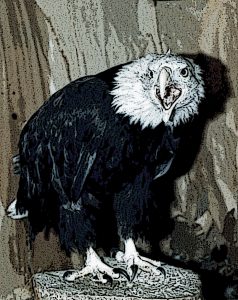 Here are a few photos from my visit to Featherland: the Bald Eagle named LBJ lived in one of the barns on the property; the little Cooper ’s hawk named “Harry Houdini Who-Dunit” sat listening to every word of our conversation that afternoon. I didn’t notice the jesses until I was leaving. I managed to snap one photo of Susan between the slats – not a very sharp picture but you can get the idea of her size and power. Apparently she traumatized the CBC cameraman during the documentary shoot and the crew never returned. 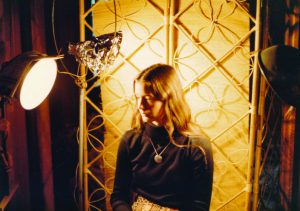 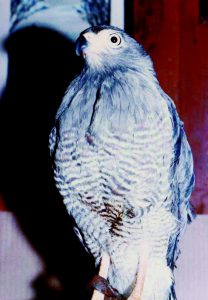 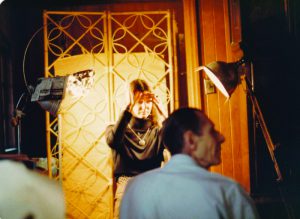 3 thoughts on “Who Remembers Featherland?”